6-year-old stands for the first time 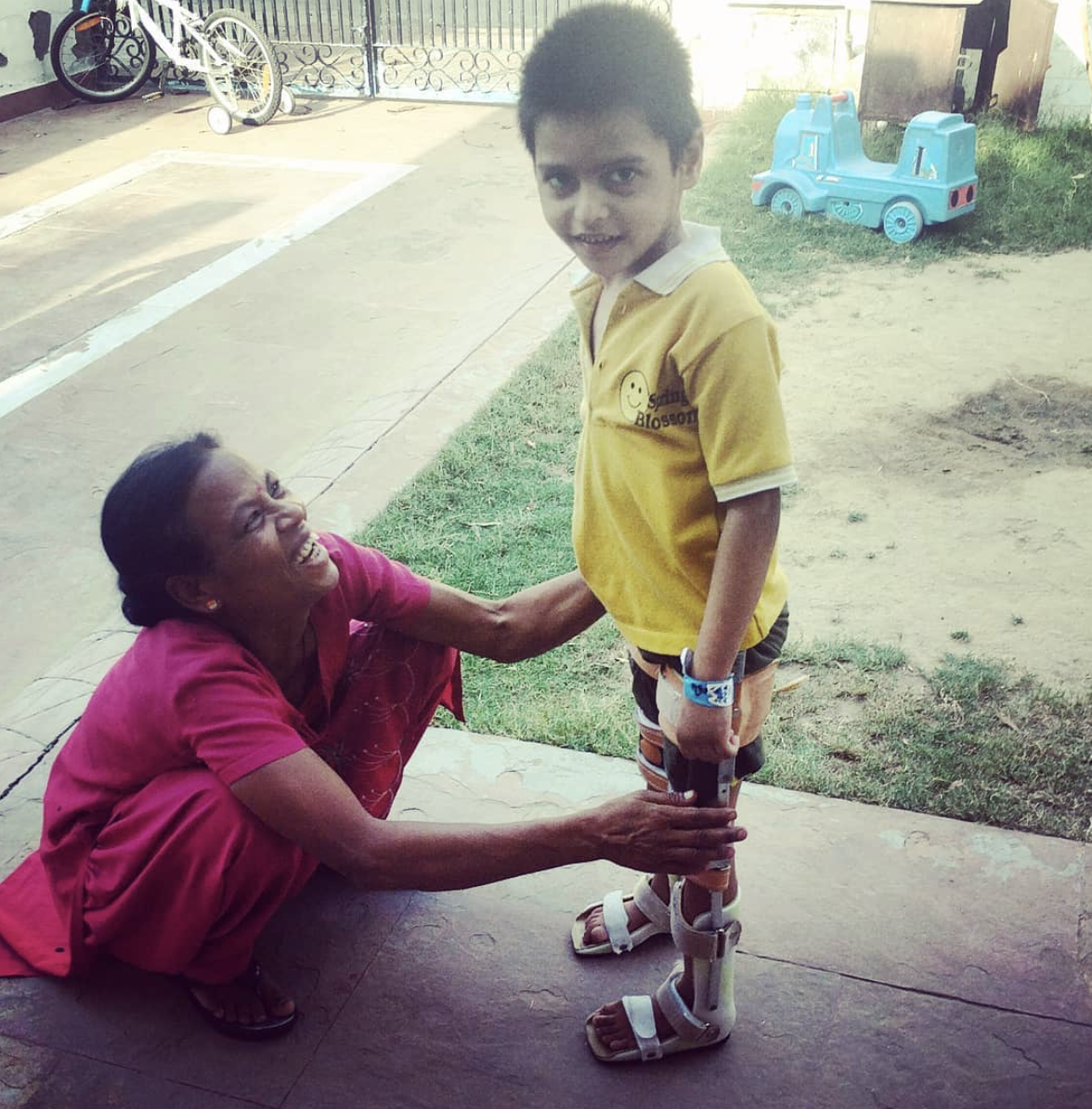 Jai is passionate, intelligent and funny as hell. He may be a prisoner in his own body, yet his determination to speak his mind and express his heart cannot be contained.

He wasn’t always so determined. When Jai first came to us, he was hopeless and defeated.

When he was born, Jai’s parents rejoiced. But that joy was almost immediately met with deep-seated fear. He was born with Cerebral Palsy which effected every single muscle in his body. “I cried everyday for my baby. He was suffering. I had to work to feed him, and I could not give him the care he needed,” says Jai’s mom.

He spent the first four years of his life lying on his back, staring up at a tin roof which was meant to provide shelter for him, his sister, parents and grandfather. But that tin roof was more of a curse. It turned that small shanty room into an oven, heating up sometimes seemingly double the temperatures outside.

It’s been two years since we first admitted Jai into OLTL’s Home of Hope, and Jai has transformed into a lively child with a striking personality. The brown-eyed boy who was once bed-ridden is now standing on his own with the help of orthopedic braces. Jai has learned to, with great effort, say his own name. He can say ‘Hi’ and ‘Namaste’. He knows how to count and recite the ABCs.

The best part of Jai’s story is that it doesn’t end here. With OLTL’s support and care, the possibilities for Jai are endless. We believe he will be able to walk on his own one day and communicate with less strenuosity. We believe in him and we are inspired by his determination.

When Jai was first admitted into the Home of Hope, he was completely bed-ridden. Jai was born with Cerebral Palsy which affected his entire body, from head to toe. It affects his speech, ability to swallow food, and his fingers and toes. Jai was dependent on our housemothers for everything.

Although Jai is completely physically disabled, he has the mental capability to comprehend and respond socially. He is learning right along-side our DayCare & Education Program students.

Over the past six months, we have worked diligently with Jai through physical therapy, sensory therapy, special education and fine motor skills development. Jai has been positive and eager from the beginning.

Today, thanks to specific braces and mobility equipment, Jai is able to stand on his own!
We know this is just the beginning for Jai and that in the days to come he will overcome his challenges significantly. We believe he will walk and talk on his own in the near future. We believe miracles are possible! #teamjaiwalk

Jai wants to say “Hi” to all of you: Jai Says Hi

Jai’s favorite activity is coloring, and his favorite color is red.

OLTL focuses on allowing kids to see themselves as self-reliant, regardless of how many limitations the world tells them they have. We help children achieve educational and daily living goals via nurturance and developing a teaching plan that centers around the child and their likes/dislikes.

“[One Life to Love] is like God to us,” Jai’s grandfather said with tears rolling down his cheeks.

“Our lives used to be full of fear and pain. But today my tears are from gratitude. My grandson is well. He is happy & healthy. That is all I ever wanted.”