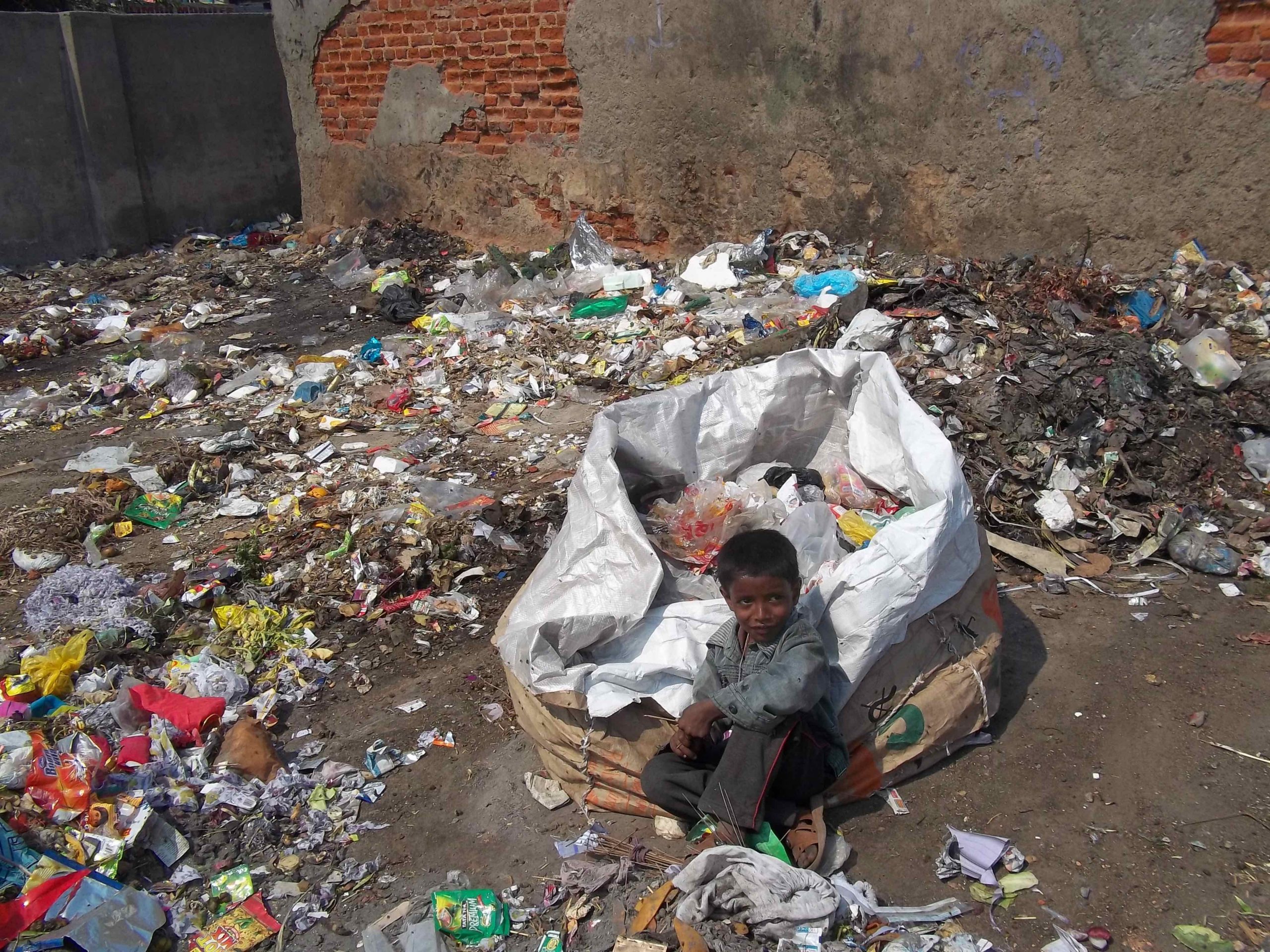 The survey was mainly done at ‘hotspots’ in the city where homeless children are found in higher numbers such as traffic signals, dump yards, railway stations and near religious institutions, among others.

His feet bare and clothes torn, an 11-year-old serves tea at a kiosk near Nizamuddin Railway Station. He says he came to Delhi from Bihar a year ago from Bihar to find work. His parents, labourers in a village there, were not able to make ends meet for his family of seven, he says. Having dropped out of school at the age of six, he now works at the tea stall and lives on the street.

The boy is one of the over 70,000 children that were identified to be in ‘street situation’ as part of a survey conducted by the Delhi Commission for Protection for Child Rights (DCPCR) across the national capital.

Most of these children, according to the survey, were either found engaged as labourers in factories and stalls while others were found begging and caught in substance abuse.

The survey was mainly done at ‘hotspots’ in the city where homeless children are found in higher numbers such as traffic signals, dump yards, railway stations and near religious institutions, among others.

So far the Delhi government does not have data regarding children who are living on the streets and out of school.

As a majority of children do not have any identity proof, registered places of birth or addresses, they are hence not in the government’s net of social schemes, said DCPCR chairperson Ramesh Negi.

“The mapping exercise aims to get these children an identity by issuing them identity proofs such as Aadhaar cards and if possible also birth certificates so that they can be enrolled in schools or other childcare institutions such as aanganwadis, vocational training and de-addiction centres,” said Negi.

Meanwhile the highest concentration of children — 17,051 — were found based in south Delhi district.

This is followed by east, northwest, north and central districts.

“One could never have the exact number, as these people are always migrating, as there is a huge floating population in the city. But, there is higher concentration in some areas as compared to others. In case of south Delhi, areas such as Sant Nagar, Rangpuri Pahari have a lot of small industries where these children are engaged as labourers. Besides the other parts of south including malls, markets and tourists are potential begging grounds for high-paying capacity,” said Negi.

In other areas such as New Delhi, the police presence is high and hence the numbers of street children are lower.

The exercise that started in February this year is in its last leg. Negi said Aadhaar cards for identity proofs have been issued to around 9,000 children so far.

The survey has been conducted along with NGOS including Save the Children, Salam Balak Trust and Model Rural Youth Development Oganisation (MRYDO).

“These are basically children who have families around but they don’t have permanent homes. Most parents are also engaged in begging or ragpicking. They live in groups near metro pillars, under flyovers and in make-shift tents at vacant land owned by the government. It is difficult to track them, as they keep migrating to other places for government authorities do not allow them to set up establishments on public land,” said Partha Das Gupta, project coordinator, MRYDO.

The street children, he said, have been broadly divided into four categories — abandoned or orphaned; missing or runaway children; street connected/community children on the street; and those begging on the street.

“We have also found a number of children who had gone missing or ran away from their homes and have found a group of peers living in the same conditions in the city. Most of them beg during the day and are now involved in substance abuse. However, we could not trace if there are any organised gangs involved in the activity,” said, Gupta.

DCPCR has tied up with the district magistrates (DM) offices for registering children for Aadhar cards.

Earlier this month, two such camps were organised in North and East districts where Id-cards were issued.

“These children comprise the most marginalised sections of society. Though we had been involved in rescue of many children from bonded labour and their rehabilitation, having concrete data is crucial in order to get them into schools and such that they are able to receive all social benefits,” said, K Mahesh, DM east and Shahdara districts.

Meanwhile, DCPCR member Rita Singh, said, during the exercise they found at least seven such children, who after being issued Aadhar cards, were later reunited with their families.

“This is a two-year project. The survey is almost complete and we are repeating the exercise just to check if more such children could be tracked. Having data is crucial to start with the identification process and in rehabilitation. Also, we will be starting a sensitisation programme with the Delhi Police’s special juvenile unit for the same on January 3,” said Rita Singh.