Extreme Couponing for a Cause by Nicole Paprcka 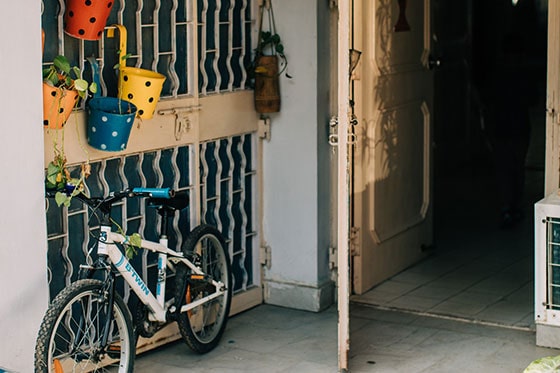 Raising money for One Life to Love

My experience with fundraising for One Life to Love has incredibly strengthened my faith that what is meant to be will be.  I have always believed this to some degree, but like with many things in life, my faith was tested throughout this experience.

I began with a nervous enthusiasm-I have never raised money for a charity on my own before, so I was unsure how this would all pan out.  My first event fell through, but I remained optimistic because I still had several months to figure it out.  One of my strengths is my resourcefulness, though sometimes it is hidden by my fears of lack.  But something I have discovered, especially throughout this journey of preparing for India, is that when I release that fear, there really is something within me that never runs out.  There is always enough.  I’m not sure what it is-maybe it’s resilience, maybe it’s perseverance… or maybe it’s love.

I continued putting ideas together, and they continued to fall through, which did start to worry me. But somewhere inside I knew it would all work out how it was meant to.  In the meantime, I used my savvy couponing skills so I could put my savings towards the donations.  This became really fun, and it was something I could control in the midst of so much uncertainty and waiting.  I put my worries aside and just focused on the mantra, “Do what you can with what you have where you are.”  I was able to save several hundred dollars doing this and it felt pretty awesome.

Family and friends began donating, which also raised my enthusiasm that maybe this was all going to work out.  And then something happened that I never expected.  Weeks before the donations were due, my cousin’s flight was delayed, and she was stuck overnight in an airport in Texas.  She was sharing her frustrations of traveling with me which led me to share some of my concerns for my upcoming trip to India, as I have never flown this far before.  She remembered that I invited her months ago to my first event which was supposed to be a bingo night to raise money for OLTL, but then it was canceled. She asked if I still needed donations because she was meaning to donate but completely forgot about it.  I told her I was, and she immediately donated $700! I didn’t have words.

I couldn’t believe the generosity for one, and the fact that the events constructed in such a way that it led to this.  It really showed me that the universe has your back, and that when you put something out into it with good intent and faith, it comes back to you.  It turned her mood around, too.  It goes to show how a perceived negative experience can turn into something beautiful. The remainder of donations came through on my very next receipt.  It was all meant to be.

Something else that I think underlies this entire thing is the fact that this is for something far greater than me.  I am just a conduit for the universe to work through.

This is for Courtney and those kids she is saving.  She is an incredible example of what the power of love can do.  That is what kept my faith alive.  I knew it would come through because it came to me for a reason, and it was important to me that I saw it through.  I believe we are all here to help each other because we each hold something that someone else needs.  And when we are given the opportunity to be someone else’s answered prayer, I don’t think there is a feeling much greater than that.  While my professor, classmates and I are donating to One Life to Love, somehow, I know it is us who will walk away richer.